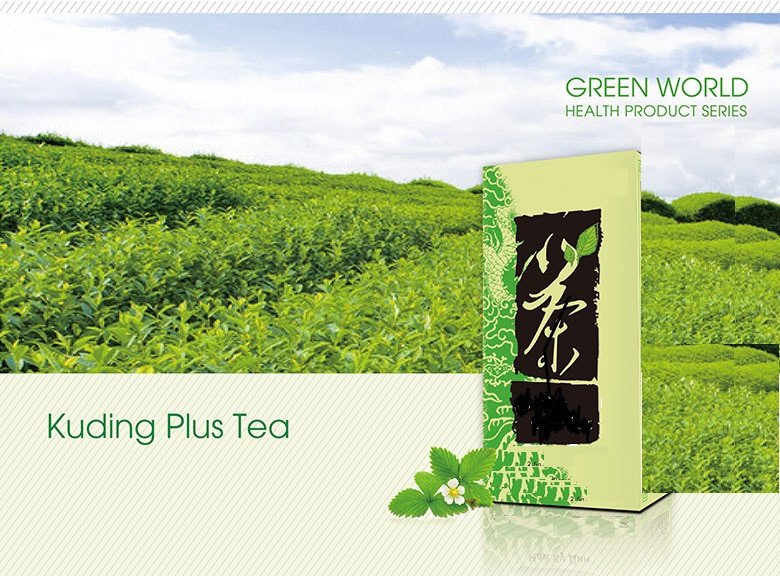 The flavones of kuding tea are 10 times more than that of the green tea. It is recorded in Bencao Gangmu that the leaves of kuding tea are bitter, flat and nontoxic. It is used to alleviate thirst, clear the eyes, calm fidgets, transform phlegm, invigorate digestion, treat urination disorders, alleviate headache and nourish throat.

It is effective on sore throat, stomatitis, gingivitis, gastritis and constipation. It has the reputation of preventing high blood pressure, fatty liver and lipid decrements.

it also has the reputation of preventing deterioration of the heart and brain function and helps to maintain proper body weight.

Green World Kuding-Plus Tea is good for everyone

Kudingis a beverage tea consumed in China as an alternative to the more common, ordinary green tea. The standard Chinese tea, from Camellia sinensis, is known as cha, and “this term is then applied to other herbs that are consumed in similar manner”. Kuding describes this particular beverage tea: ku “means bitter”, which aptly describes the initial taste, and ding is a Chinese character that looks like a spike depicting the appearance of the dried, long leaves when they are twisted into a narrow nail-like piece; they can also be formed into balls or rolls